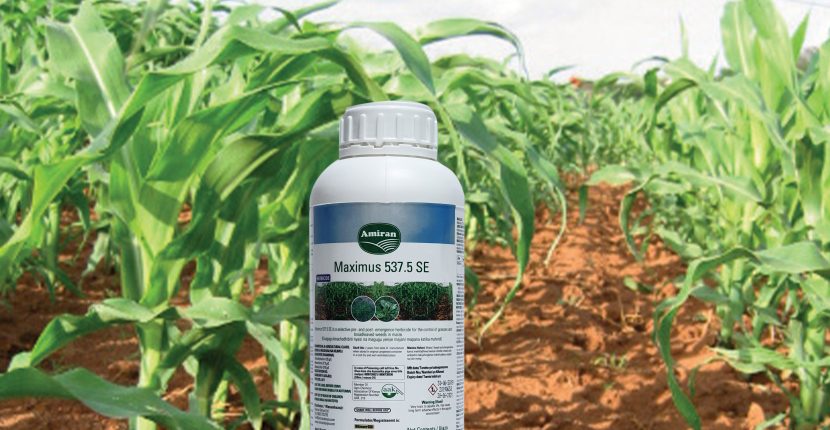 Maximus from Sineria is a Selective Herbicide for Maize. It is both a Pre and early Post emergence herbicide.
It can be applied up to the 2nd or 3rd leaf stage on maize crop.
It kills both Grasses and Broadleaved Weeds leaving your maize crop free from weeds competition.

The Maximus Mode of Action:
Maximus 537.5 SE acts by blocking the function of the essential plant enzyme and is taken up by the roots, shoots and leaves of weed seedlings. It also inhibits cell division, elongation and photosynthesis.
Chemical group: Mesotrione: Benzoylcyclohexane-1, 3-dione; S-metolachlor: Chloroacetanilide and Terbuthylazine: Triazine
The rate of use is 300ml/20L; 3L/Ha

Here is the video on the effectiveness of Maximus.