A detailed look at Peatmoss 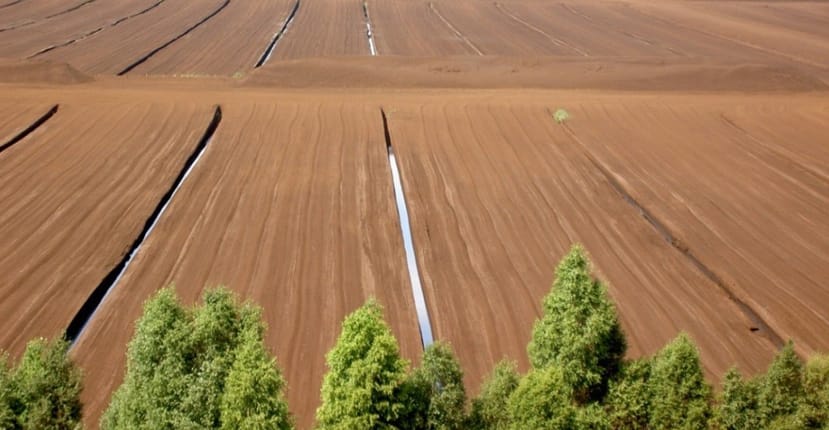 A DETAILED LOOK AT PEATMOSS.

Peat moss is partially decomposed sphagnum moss plants, which are harvested from peat bogs. While peat moss is brown, like soil, it has a different texture and weight, it is light and spongy and crumbles into tiny splinters. It is difficult to wet, but once wet it retains water like a sponge, meaning it reduces drainage of water from soil.

Peat is a mixture of decomposed plant material that has accumulated in water-saturated bogs in the absence of oxygen. Peat formation is a continuous process, with bogs typically accumulating peat at a rate of 1-2mm every year.

The rate of accumulating plant material is greatest in areas where the ambient temperature is high enough for plant growth but where the level of rainfall, specific topography of the landscape and low transpiration rates encourages waterlogging, limiting aerobic microbial activity which would normally break down the plant material. Such conditions are found more frequently in the northern hemisphere.

Peat moss can be purchased on its own, but it is often added as an ingredient to potting soil to lighten the soil and allow it to hold moisture better. It is often the main ingredient of soilless potting mixes. Because the bogs where peat moss is harvested are ecologically fragile, there is now a movement to limit the use of peat moss in gardening.

Canadian sphagnum peat moss is a natural, organic soil conditioner that regulates moisture and air around plant roots for ideal growing conditions. It helps to do the following;

Save Water.
• Peat retains up to 20 times its weight in moisture, and releases water slowly as plants need it.

Reduce Leaching.
• Peat moss reduces leaching of nutrients in or added to the soil, releasing them over time. This will save on fertilizer.

Peat moss decomposes slowly over several years compared to compost which typically decomposes within one year. It has a reliable pH (3.4 to 4.8); is environmentally friendly and free of insects, weeds, seeds, salts and chemicals, and represents good value (bale compression means you get approximately two bales in one!).

Peat is a very homogeneous material available in large quantities, which allows growers to have results which are predictable and reproducible

Peat is by nature a very clean and safe material for crop production. It is produced in remote areas where there is no commercial crop production activity, so it is unlikely to contain any weeds or other contaminants. In addition, the winter time temperatures dive below minus 25 degrees, helping to kill any unwanted pathogens.

Finally, peat has a low bulk density and is easy compressible. This makes it very fuel efficient for transporting over long distances. This helps to both keep prices down for growers, and to reduce its impact on climate change.

Peats from different sources also vary biologically, and vary in their microbial composition. Generally, blond or light-colored peats (H1-H2 on the von Post scale) are known to be very disease suppressive. This is because they can harbor high populations of ‘friendly’ microbes such as Trichoderma and Streptomyces species, which have shown to reduce the levels of pathogenic microbes in soil.

So it is evident that the degree of decomposition has a large impact on the physical, chemical and biological characteristics of peat, and depending on the crop and growing situation, different peats are selected for different growing media.

As different grades of peat are used for different purposes, once arrived at the production facility, the peat is carefully checked before further processing and turning into growing media.

Smell, purity, colour and other visually detectable features are first inspected. Other parameters are then tested by laboratory analysis including, pH, moisture content, water absorption, structural analysis, bulk density, temperature and weed tests. Only peat which passes all the tests then enters into the production facility.

Different grades, and types of peat, are then separated into bays at the production facility, and selected for specific recipes for individual growers. Various peat grades as well as specific additives such as starter fertilisers, are then accurately dosed and blended together to formulate growing media for individual customers.

Used by growers all over the world

In Europe, 90 %of the growing media used by professional growers are peat-based. In 2013, the total growing media market in EU, which includes amateur (hobby) use, was more than 34 million m3. Peat is also transported and used across the globe. From Northern Europe, peat is sent by ship to areas including the middle-east, Asia and even Australia where growers appreciate its unique properties, supporting a global horticulture industry.