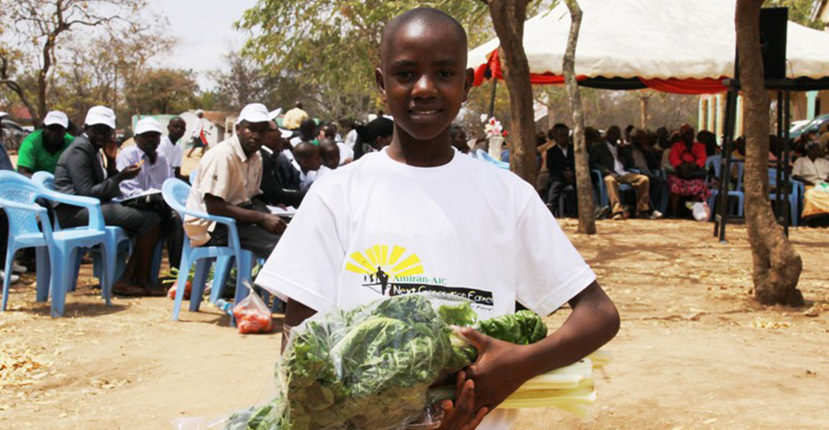 In many regions of Tanzania are practicing agriculture using traditional techniques which are completely dependent on natural conditions. As the result, they produce for self-sufficiency, because they do not export their crops to markets or export is sometimes in small quantities. Lack of knowledge, know-how and technologies on modern agriculture to many small-scale farmers in Tanzania, who use primitive farming techniques causes to receive low production. On that note, Balton Tanzania in December 2014 launched a training center in Iringa at Kisolanza farm in partnership with TAPP, FEED for the FUTURE and USAID. The center is aiming at empowering small to large-scale farmers with knowledge, know-how, and technologies which will improve their livelihoods through agribusiness training.

Early in 2015, Balton had its first Farmer`s Field Day, which was exciting half a day event held at Balton Training Center in Iringa.

A large group of farmers in the region was impressed by the demonstrations of different sizes of greenhouses, drip irrigation technologies, water harvesting, and conservation techniques, varieties of seeds, chemicals & fertilizers and other agro-input techniques.

It was not surprising to see a number of attended farmers accepting the offered technologies and willing to shift from sustainable farming to modern agribusiness after the third Farm Field Day. I witnessed an experienced farmer telling a fellow farmer that “with such technologies, you can grow different crops throughout the year, increase yields, which will automatically improve your food security and livelihoods. I have experienced it”

The noted comments indicate how much Tanzanian farmers are willing to give a positive eye on modern agriculture. There many factors which hinder them not to practice modern agriculture, education on new farming technologies and practices is one of it. This challenge will be overcome by Balton and partners through its training centers which will be allocated in different areas of Tanzania

Small-scale farmers are called upon to ensure and adopt greenhouse and drip irrigation technologies in order to increase their yields and make effective use of water resources to improve their livelihood.

This article was written by Linda Byaba